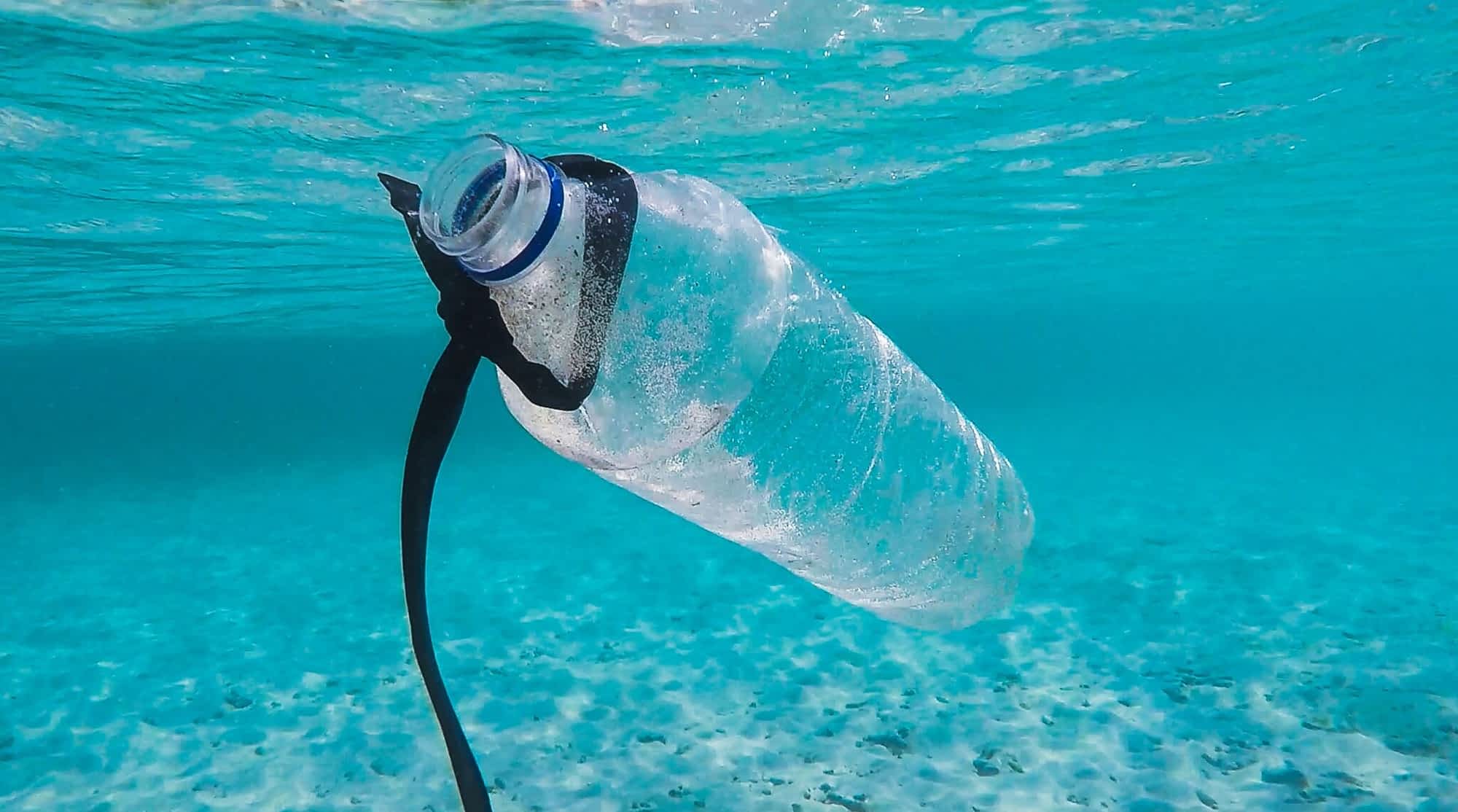 Single-use plastics are used and discarded regularly. But what happens to plastic when we throw it away?

Hundreds of millions of tons of plastic end up in landfills. These plastics are compressed and scattered over several miles. Because landfills are over vast open areas some of the water-soluble compounds in PET bottles can be absorbed by rainwater. The compounds formed from these aqueous solutions are highly toxic carcinogens.

These deadly compounds are referred to as leachate. Together this mixture can move into groundwater under landfills, nearby vegetation,  streams, rivers and severely harm wildlife. In some areas, the leachate can react with certain polymers to create hydrogen sulfide, a very poisonous corrosive gas. This can kill all life that once lived in the area and severely harm humans nearby. To make matters worse Hydrogen sulfide is a very flammable gas.  Making it easy to start wildfires and to release carcinogens caused by burning trash into the air creating even more harm to all the ecosystems nearby as well as our planet.

There are other adverse ways plastic can affect landfills. Since most plastics are lightweight they can easily blow away in the wind. Making it easy for them to end up in animal ecosystems and to be digested. Some plastic bottles take a different path. They can be blown into streams, lead into rivers, and swept into currents that empty out in the ocean. Here the plastic can float aimlessly until they reach one of the 5 huge gyres of plastic found in the ocean. Gyres are caused by ocean currents moving to and from the land which can trap plastic. Think of a gyre a vortex for plastic kind of like a trash plastic island. Basically a complete nightmare for marine wildlife. The Gyre over the eastern and western pacific ocean is so big it is almost 1.6 million kilometers in area. For reference that is about twice the size of the state of Texas.

What happens in the gyres are worse than you think. First, let’s start with seagulls and other birds. They often eat the plastic they see on these trash islands. Guess what happens next? Yeah, they die immediately. Plastic is very sturdy it doesn’t break down easily. It can take up to 450 years to decompose of a plastic PET water bottle. So it’s not very good for the birds’ digestive system. Since plastic doesn’t decompose rapidly the polymer chains break into smaller chains and pieces. We call these microplastics and these are the real messed up part. Microplastics both give off and absorb chemicals that are harmful pollutants. Think of microplastics are small floating toxins.  Microplastics are digested by small fish. This makes the fish feel full but since they can’t decompose the plastic they die. Some fish are eaten by bigger fish before the plastic in their bellies kills them and those bigger fish like tuna usually end up on our plate. So all that plastic we are tossing into the ocean are ending up in our system hurting us. It all comes full circle to get us in the end.

What can we do to stop this from happening? Other than recycling we can start donating and contributing to ocean clean up and plastic removal foundations. If we all work together now to reduce the plastic we use and the plastic that ends up in the ocean we could save our oceans, save our fish and ultimately save our own lives.

Recycling, from room to room: Reducing your kitchen waste

A New Relationship with Water

This site uses Akismet to reduce spam. Learn how your comment data is processed.